Is your project management software the sharpest tool in the shed? 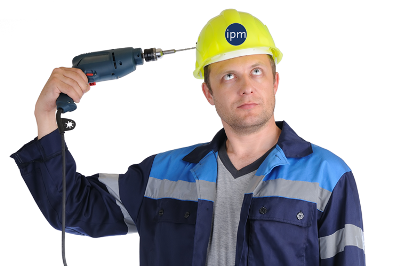 I’m not suggesting that your current construction project management software doesn’t do the job – I’ll leave you to draw that conclusion on your own. What I am suggesting is that you may be hacking away at the same problems each week with a hammer when you should be using a drill.

You see the problem is that, until recently, project management software has been closed and inflexible. If it can be changed to better suit your needs, which is rare, it’s with a great deal of time and money.

Think of your software like a new apprentice. It’s slow, it doesn’t know enough – it’s that kid who actually goes looking for the elbow grease – and, 9 times out of 10 every task you assign it ends up taking much longer than it should. But an apprentice is an investment. Eventually, once he’s been around the block a couple of times, that apprentice is going to learn. Inflexible software won’t improve, no matter how much TLC it gets.

What’s worse is that it may even cause you to change the way you work no matter how awkward, unproductive or inconvenient. So here’s my golden tip – stop working so hard. Genius isn’t it?

The point is, your out-dated software is making you work harder than you should because let’s face it, you’re adapting to it instead of the other way around. I bet that you’re too afraid to even ask it to do anything new or different because it might freak out – scaredy cat.

I don’t need to tell you that you need to be the best to be the leader in your industry – best and leader…pretty common sense. What you probably haven’t realised though is that it’s quite possible it’s your software that’s putting you behind the eight ball. It’s costing you time and it’s costing you money. If those resources could be reallocated to proactive rather than reactive activities it is going to help the bottom line.

Ultimately your software needs to be working for you, not the other way around. It needs to be sufficiently malleable to adjust to the needs of your business which may be different from other businesses. Not just from other industries, but from others in your industry.

So now you’re asking, or should be asking, the same question man has been contemplating since the beginning of time –which tool is going to get the job done?

The answer really isn’t all that complicated.

Most importantly you need an interface you can understand. You don’t need a system that looks like it could send a rocket to the moon. You need something you can naturally use without having to be a computer whiz. Start with the tools you’re already comfortable using, like Microsoft Outlook and Excel. Now imagine you could handle your project management needs, create and even edit documents, without even leaving your email. IPM, for instance allows you to work natively inside Microsoft Outlook and integrate other Microsoft tools so you don’t have to start from scratch. An added bonus – it works with many accounting applications so you won’t have to work inside an accounting system ever again…phew!

When it comes to choosing the right tool though, it is flexibility that will really put you ahead of the game. Why? Because it turns out that the easiest way to manage a project is to have tools that perfectly match your needs. You need a system that’s going to do what you want, when you want it too, without any messing around. Today with software like IPM, that’s built to be easily customisable, there are no excuses. Software like this, which is accessible from any device, browser or operating system, and allows you to capture new data easily, is a no-brainer.

So, if you’re exhausted from working around your rigid software, then put down the hammer and pick up drill.