The Sydney Harbour Bridge – Project management at its finest 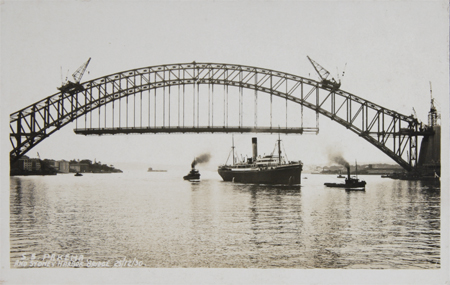 Today marks the 80th anniversary of the opening of the Sydney Harbour Bridge in Australia. If there is one remarkable feat in construction, ‘The Coathanger’ as Aussies affectionately call it, would have to be right up there.

One of the interesting features of the bridge was the building of two separate arches and joining them in the middle. Leading up to the completion, there as much apprehension from locals who didn’t believe the two sides would match up. But thankfully they did.

When I think about the Sydney Harbour Bridge today, not only does the sheer size of the project impress me, but also the fact it was built without any of the technology we so heavily rely on today. There was no CAD to assist the architects, no BIM, and more importantly, no project management software to manage the thousands of workers and subcontractors involved. The contractors were from England, there were two steel fabrication workshops set up on Sydney’s north shore, and a temporary Australian, Scottish and Italian settlement at Moruya (300km away) to quarry granite. And not a single email or mobile phone call was sent or made to communicate between everyone.

Today, we are so fortunate to have so much useful technology at our fingertips to make managing our projects easier. So as we celebrate the construction of one of Australia’s most iconic landmarks, we also have to celebrate the skill, ingenuity and project management skills of the people who pulled off such an amazing project without any of the technology we have today.